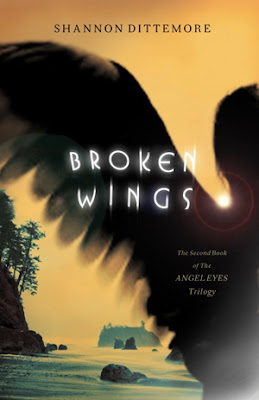 Giant angels with metal wings and visible song. A blind demon restored from the pit of darkness. And a girl who has never felt more broken.Brielle sees the world as it really is: a place where the Celestial exists side by side with human reality. But in the aftermath of a supernatural showdown, her life begins to crumble. Her boyfriend, Jake, is keeping something from her—something important. Her overprotective father has started drinking again. He’s dating a much younger woman who makes Brielle’s skin crawl, and he’s downright hostile toward Jake. Haunting nightmares keep Brielle from sleeping, and flashes of Celestial vision keep her off kilter.What she doesn’t know is that she’s been targeted. The Prince of Darkness himself has heard of the boy with healing in his hands and of the girl who sees through the Terrestrial Veil. When he plucks the blind demon, Damien, from the fiery chasm and sends him back to Earth with new eyes, the stage is set for a cataclysmic battle of good versus evil.Then Brielle unearths the truth about her mother’s death and she must question everything she ever thought was true.Brielle has no choice. She knows evil forces are converging and will soon rain their terror down upon the town of Stratus. She must master the weapons she’s been given. She must fight.But can she fly with broken wings?

First Lines:
“Hell is loud. Talons scratch at the stone floor and clack against the pillars circling the chamber as the great hall fills.”
My Thoughts:
Broken Wings was a brilliant addition to Angel Eyes. It picks up pretty closely to where Angel Eyes left off and when you first start reading it, it seems that Brielle is doing pretty okay with moving on from Ali’s death. However, things start to spiral downward; her dad starts drinking and dating someone that Brielle isn’t fond of, Jake is hiding something, and to top it all off she is getting nightmares. To top it all off, Brielle finds out the truth about her mother’s death in this book.
The Prince of Darkness sends Damien after Brielle and Jake. He finds out about how Brielle can see the Terrestrial Veil and about Jake’s healing hands, like his own. It’s a battle of good vs evil. This book will keep you on the edge of your seat. And a great ride.
I think Shannon did a wonderful job at the continuation of this story. Broken Wings was a book I couldn’t put down. It kept me interested and I loved every bit of it. Broken Wings will make you eagerly anticipate the third installment. I, personally, cannot wait to finish this trilogy with Dark Halo coming in August!

Memorable Quotes:
“They laugh, Dad’s face turning fire-truck red. “Break a leg, baby.” Anybody’s leg?”
“”I’ll be here,” Jake says, “holding my tutu.” “And my heart,” I tell him, as theatrically as I can muster. “I really am going to vomit.” Kaylee shoves me, and I slide toward our little dancers, all fidgeting and waving at the crowd.” 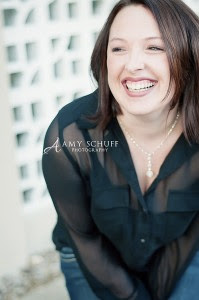