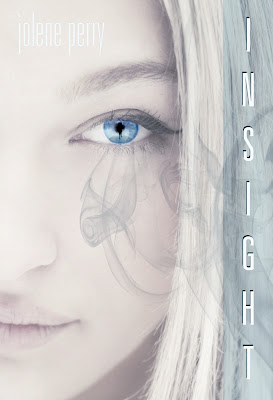 Micah hates her ability to “see” things when she touches people. She’s terrified of relationships, holds on to guilt over the death of her classmate, Lacey, and has no idea what to do with a vision from Landon, a boy from her school. She feels him falling for her, but Micah doesn’t do friends, much less relationships.
Enter a spooky history project about a tragedy from three hundred years ago, and voodoo dolls that Micah somehow feels has to do with her gift. Suddenly she’s sure the shadows in the woods are following her every move—without Landon’s relaxed attitude about what’s happening in her life, Micah would be sure she’s going crazy.With no ideas on timing or specifics, the visions of both herself and the people she cares about are turning dark—and it appears the shadows around her house do move on their own. But as Micah and Landon try to prevent Micah’s visions of the future, the shadows close in, and they’re now afraid they’ve become the cause…Micah’s story is the first of three girls, with unique talents, who are part of a 300 year old tragedy that follows them in the shadows. 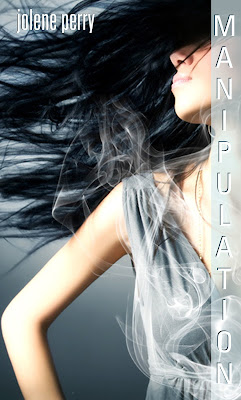 Addison Prince has almost always gotten what she wants. Dean Courser only wants to find his brother, but it’s the one thing he’s failed at… Even with his unusual ability.Dean and Addison share the gift of Manipulation—a brief touch that forces others to do what they wish. But when they meet and realize their connection, they find more questions than answers. Suddenly Dean is seeing shadows move on their own, and Addison is learning her father’s mysterious group may know more about her abilities than he’s ever let on.As Dean and Addison second-guess every decision about who they are and why they’re wanted, time is running out. With shadows following their every move, they’re losing hope they’ll ever get to safety—if such a thing exists.

My Thoughts:
Manipulation is the second book in the Shadows Trilogy. I was a little worried at first because Manipulation follows different characters than Insight, however, it makes sense. Insight is about how Micah can “see” things. In Manipulation, Addison can get pretty much anything she wants. She manipulates into getting things. Addison kind of reminded me of a Serena van der Woodsen character, with being beautiful, rich, and getting what she wants. However, I liked Addison A LOT better than I liked the popular Gossip Girl character, which is very good!
Even though Manipulation is with different characters, you still get background with some of the other characters in Insight. We learn a little more about The Middle Men, but I am still intrigued to know where it is all going! Sure, little pieces are finally starting to get woven together, but I want the third book so that I can see it all come together and make a bit more sense.
All-in-all, I will definitely be checking out the third and final book when it comes out on…March 15th!! 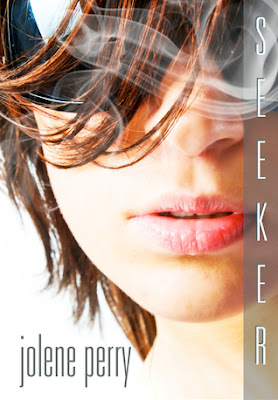 “A couple hundred years ago, my gift was considered one of the weaker ones, but with the way The Middle Men has grown, people who can seek out talents the way I can have become imperative. We’re both the collectors of new talent, and police the talent that we’ve already collected. No one else could. Insighters can see us coming, and Manipulators could tell us we don’t want to be there. Shields can slow me down. But Seekers, as Mom puts it, see through all the BS, and do what needs to be done.We also have to be the best at blocking the talents of everyone else. It’s the perfect job for someone like me—structured and methodical with room for creative hunting.Seeker. It’s what I do best.” Told from the perspective of “the bad guys” Seeker is the final book in The Shadows Trilogy…

Did any of you read these?! Leave a comment and let me know!