It’s time for another round of Reader’s Choice! So, since I first started doing this, I tweaked it up a bit and I am using my TBR Jar that I made at the end of last year. The last poll was a big one! I said that I would read and review the top 3 and there ended up being a tie for spot #3 so I just went with the top 4! So in the next couple of weeks I will be posting the reviews for Shadow & Bone, How to Love, Isla and the Happily Ever After, and Black Ice! So, help me out with what to read next! 🙂
surveys 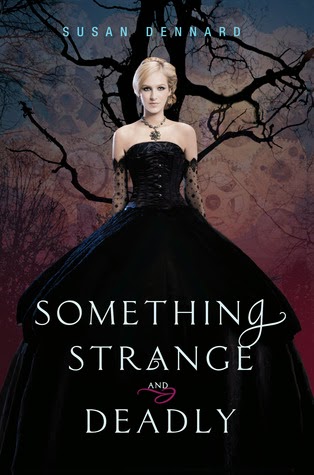 1. Something Strange and Deadly by Susan Dennard 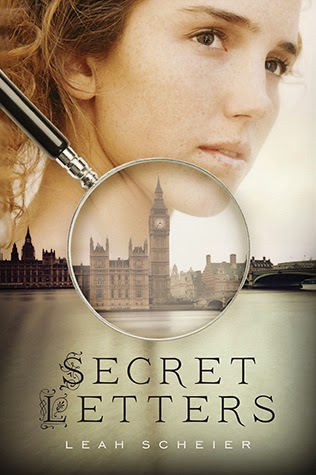 Inquisitive and observant, Dora dreams of escaping her aristocratic country life to solve mysteries alongside Sherlock Holmes. So when she learns that the legendary detective might be her biological father, Dora jumps on the opportunity to travel to London and enlist his help in solving the mystery of her cousin’s ransomed love letters. But Dora arrives in London to devastating news: Sherlock Holmes is dead. Her dreams dashed, Dora is left to rely on her wits-and the assistance of an attractive yet enigmatic young detective-to save her cousin’s reputation and help rescue a kidnapped heiress along the way.

Steeped in Victorian atmosphere and intrigue, this gripping novel heralds the arrival of a fresh new voice in young adult literature. 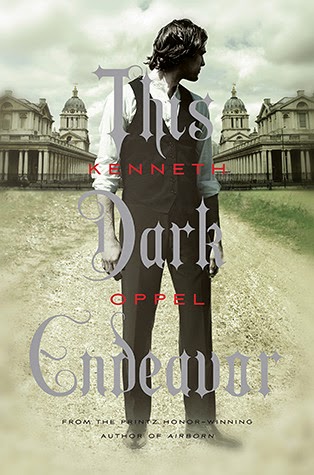 3. This Dark Endeavor by Kenneth Oppel

Victor and Konrad are the twin brothers Frankenstein and inseparable until Konrad falls gravely ill. In the forbidden Dark Library, Victor finds an ancient formula, and seeks an alchemist to recreate the Elixir of Life. With friends Elizabeth and Henry, he scales highest trees in the Strumwald, dives deepest lake caves, and each sacrifices a body part. 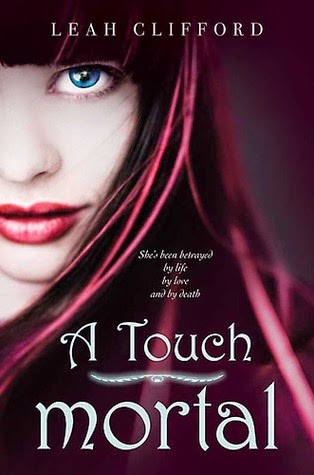 4. A Touch Mortal by Leah Clifford

Eden didn’t expect Az. Not his saunter down the beach toward her. Not his unbelievable pick up line. Not the instant, undeniable connection. And not his wings. Yeah. So long happily-ever-after. Now trapped between life and death, cursed to spread chaos with her every touch, Eden could be the key in the eternal struggle between heaven and hell. All because she gave her heart to one of the Fallen, an angel cast out of heaven. She may lose everything she ever had. She may be betrayed by those she loves most. But Eden will not be a pawn in anyone else’s game. Her heart is her own. And that’s only the beginning of the end. 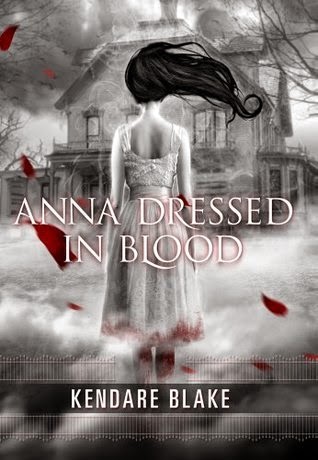 Cas Lowood has inherited an unusual vocation: He kills the dead.
So did his father before him, until he was gruesomely murdered by a ghost he sought to kill. Now, armed with his father’s mysterious and deadly athame, Cas travels the country with his kitchen-witch mother and their spirit-sniffing cat. They follow legends and local lore, destroy the murderous dead, and keep pesky things like the future and friends at bay.
Searching for a ghost the locals call Anna Dressed in Blood, Cas expects the usual: track, hunt, kill. What he finds instead is a girl entangled in curses and rage, a ghost like he’s never faced before. She still wears the dress she wore on the day of her brutal murder in 1958: once white, now stained red and dripping with blood. Since her death, Anna has killed any and every person who has dared to step into the deserted Victorian she used to call home.
Yet she spares Cas’s life. 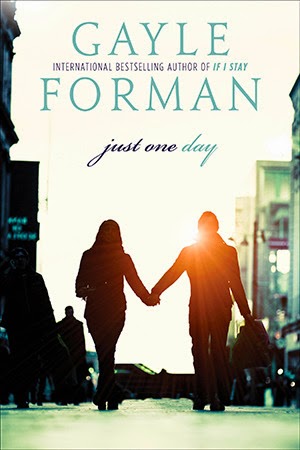 6. Just One Day by Gayle Forman

From the New York Times bestselling author of If I Stay
Allyson Healey’s life is exactly like her suitcase—packed, planned, ordered. Then on the last day of her three-week post-graduation European tour, she meets Willem. A free-spirited, roving actor, Willem is everything she’s not, and when he invites her to abandon her plans and come to Paris with him, Allyson says yes. This uncharacteristic decision leads to a day of risk and romance, liberation and intimacy: 24 hours that will transform Allyson’s life.
A book about love, heartbreak, travel, identity, and the “accidents” of fate, Just One Day shows us how sometimes in order to get found, you first have to get lost. . . and how often the people we are seeking are much closer than we know.
The first in a sweepingly romantic duet of novels. Willem’s story—Just One Year—is coming soon! 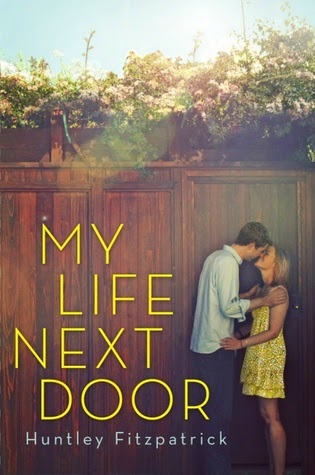 7. My Life Next Door by Huntley Fitzpatrick

“One thing my mother never knew, and would disapprove of most of all, was that I watched the Garretts. All the time.”The Garretts are everything the Reeds are not. Loud, messy, affectionate. And every day from her rooftop perch, Samantha Reed wishes she was one of them . . . until one summer evening, Jase Garrett climbs up next to her and changes everything.
As the two fall fiercely for each other, stumbling through the awkwardness and awesomeness of first love, Jase’s family embraces Samantha – even as she keeps him a secret from her own. Then something unthinkable happens, and the bottom drops out of Samantha’s world. She’s suddenly faced with an impossible decision. Which perfect family will save her? Or is it time she saved herself?
A transporting debut about family, friendship, first romance, and how to be true to one person you love without betraying another. 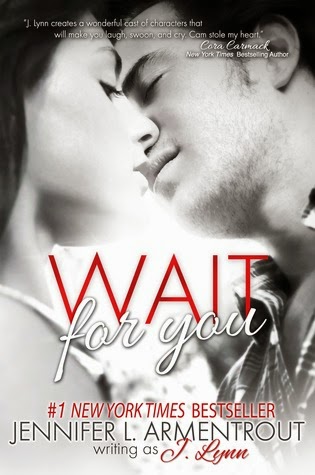 Some things are worth waiting for…Traveling thousands of miles from home to enter college is the only way nineteen-year-old Avery Morgansten can escape what happened at the Halloween party five years ago—an event that forever changed her life. All she needs to do is make it to her classes on time, make sure the bracelet on her left wrist stays in place, not draw any attention to herself, and maybe—please God—make a few friends, because surely that would be a nice change of pace. The one thing she didn’t need and never planned on was capturing the attention of the one guy who could shatter the precarious future she’s building for herself.
Some things are worth experiencing…Cameron Hamilton is six feet and three inches of swoon-worthy hotness, complete with a pair of striking blue eyes and a remarkable ability to make her want things she believed were irrevocably stolen from her. She knows she needs to stay away from him, but Cam is freaking everywhere, with his charm, his witty banter, and that damn dimple that’s just so… so lickable. Getting involved with him is dangerous, but when ignoring the simmering tension that sparks whenever they are around each other becomes impossible, he brings out a side of her she never knew existed.
Some things should never be kept quiet…But when Avery starts receiving threatening emails and phone calls forcing her to face a past she wants silenced, she’s has no other choice but to acknowledge that someone is refusing to allow her to let go of that night when everything changed. When the devastating truth comes out, will she resurface this time with one less scar? And can Cam be there to help her or will he be dragged down with her?
And some things are worth fighting for… A SACRED OATH A FALLEN ANGEL A FORBIDDEN LOVERomance was not part of Nora Grey’s plan. She’s never been particularly attracted to the boys at her school, no matter how hard her best friend, Vee, pushes them at her. Not until Patch comes along. With his easy smile and eyes that seem to see inside her, Patch draws Nora to him against her better judgment.
But after a series of terrifying encounters, Nora’s not sure whom to trust. Patch seems to be everywhere she is and seems to know more about her than her closest friends. She can’t decide whether she should fall into his arms or run and hide. And when she tries to seek some answers, she finds herself near a truth that is way more unsettling than anything Patch makes her feel.
For she is right in the middle of an ancient battle between the immortal and those that have fallen – and, when it comes to choosing sides, the wrong choice will cost Nora her life.

How to Love [Review]