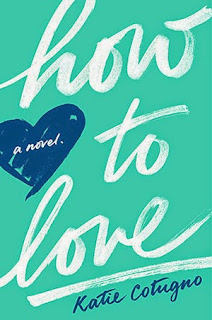 Tough Issues in YA…
I just read this book and reviewed it last week and it deals with teenage pregnancy. This got me thinking about tough issues in YA and how I feel there should be more of these books out there in the world. I mean how many people have you heard of going through teenage pregnancy? I can tell you that at my high school by the time I graduated (in 2008) I knew of AT LEAST 28-30 girls who got knocked up, whether they kept the baby or not. But it’s a big issue.

Some of my friends happen to be in that group. I’m not saying that they are horrible people or they did the wrong thing, in fact my friends who were put in that situation did the adult things to do. I, however, do not think that all kids will be able to make those kind of adult decisions but I think that people can learn from to. And that’s why I think that these kinds of issues should be in YA so that kids can learn about them and see either how to avoid those issues or to deal with them in the adult sense. My whole thing is, if you’re going to do adult things, you should at least know what the adult consequences are. And what if some kids are just naive about all of these issues? I know I was a little naive when in high school.

Books I’ve Read With Tough Issues:
Go Ask Alice by Anonymous (Beatrice Sparks) – about drugs
How to Love by Katie Cotugno – teenage pregnancy (my review)
Someone Like You by Sarah Dessen – teenage pregnancy
Black Ice by Becca Fitzpatrick – kidnapping/Stockholm Syndrome? (my review)
Speak by Laurie Halse Anderson– about a girl who was raped
A Child Called “It” by Dave Pelzer – about a boy who was abused
Cut by Patricia McCormick – about self-destruction
Reasons to be Happy by Katrina Kittle – about eating disorders
The Mara Dyer Trilogy by Michelle Hodkin – self-doubt, mental illness (my review here and here)
Crash and Burn by Michael Hassan – sex, drugs, mental illness, etc (my review)
Nearly Broken by Devon Ashley – kidnapping, rape (my review)
Heartbeat by Elizabeth Scott – Brain dead mom kept alive for sake of baby (my review)
Never Eighteen by Megan Bostic – cancer (my review)
The Secrets We Keep by Trisha Leaver – death of twin (my review)
The Summer After You and Me by Jennifer Salvato Doktorski – aftermath of hurricane (my review)
**I think I may be missing some**
Now you may be thinking…. some of these sound depressing! And you’re right. Some of them do sound depressing. And some of them were depressing. But they were just as amazing. I don’t think that tough issues need to relate to JUST the depressing bits but also to books with problems or books with “all the feels”. I think those should constitute as tough issues too. At least, I’m grouping them into the same bundle. I guess that bundle could just be realistic fiction, but whatev, lol.
Books I Want To Read That Have Tough Issues:
Thirteen Reasons Why by Jay Asher
If I Stay by Gayle Forman
Beautiful Disaster by Jamie McGuire
Before I Die by Jenny Downham
Willow by Julia Hoban
All the Bright Places by Jennifer Niven
Love Letters to the Dead by Ava Dellaira
The Last Time We Say Goodbye by Cynthia Hand
So let’s talk!
Which ones am I missing and you would recommend? Which ones should I definitely read? Which ones have you read? What do you think about tough issues/realistic fiction being in YA?