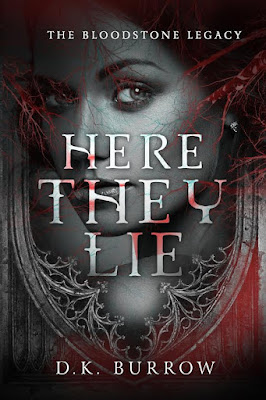 Reese Everett’s aunt picked a bad time to die. Just weeks after a car accident left Reese’s mother unable to travel, her aunt’s house needs to be emptied and sold, leaving Reese as the only member of the family who can do the job. She typically wouldn’t balk at the opportunity to sift through her aunt’s collection of antiques, but when she arrives in Devil’s Vale, Georgia, she discovers the family house in a state of disrepair she won’t be able to handle alone.

Colton Waters is back in Devil’s Vale – whether he likes it or not. After he loses his acceptance to medical school with no explanation, he’s left with a single job offer…one that will return him to the hometown he’d hoped to escape. When an errand to help his sister ends in a meeting with Reese neither will easily forget, Colton takes a job as her temporary handyman.

The longer Reese stays in town, the more she realizes the condition of her aunt’s house isn’t the only thing she hadn’t expected when she made the trip to Devil’s Vale. Reese isn’t the only gifted member of the family – her aunt Kate has been practicing the family business…the business Reese has been sworn never to discuss.

After a ghostly visitor arrives one night, Reese and Colton learn Kate wasn’t the only one practicing the darker arts. They begin to uncover secrets that refuse to stay buried. 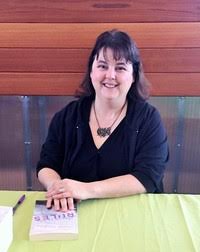 D’Ann Burrow once told her preschool teacher she wanted to be a witch when she grew
up. That simple comment signaled the start of a life-long fondness of things that go bump in the night. As she grew older, she could most often be found with her nose buried in a book, and she was especially fond of the Nancy Drew series as well as anything by Christopher Pike or Stephen King. Occasionally she’d take a trip to the world of the classics where The Scarlet Pimpernel and A Little Princess reigned among her favorites. She’s lost count of the times she’s read Little Women.

Today, D’Ann enjoys the world of Supernatural, stories about guys with fangs, and she’s seldom met a disaster film she hasn’t liked. When she grows up, she’d like to work at the Haunted Mansion. Until then, watching Ghost Hunters will have to count as research.

D’Ann writes about secrets people keep. Even the bravest heroine or a guy with a heart of gold has a few skeletons in the closet they’d rather not share with the world. When those secrets get out, things get interesting.

A Texas native, she knows making great guacamole is an art form. As a theater mom, she’ll happily chat about Broadway musicals by the hour. Molly and Lizzie, the family furry ones, are frequent stars of her Instagram account.