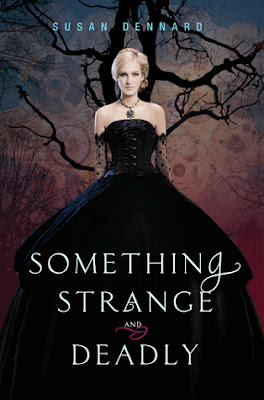 1. How do you think you would react to the Dead walking around in your city?

I would probably freak out and cry. I am definitely not equipped to bring down zombies. Zombies creep me out. I would most likely hide behind my hubby who would gladly take down all the Zombie hordes he could. He would have a lot of fun. If I survived the first few weeks, I think then, I’d be able to help bring down the zombies….

2. What do you think about the Dead? Are you glad it isn’t too Zombie-ish, or were you hoping for a more Zombie-esque theme?

I think it was the perfect amount. I’m not a big zombie person, which is why it has taken me so long to read this series. But there wasn’t enough to where I was scared to read it. So, it was definitely a good amount, I’d say.

3. How do you feel about Eleanor as a character?

I LOVE HER! I think she is sassy and kick ass! Someone that I would definitely aspire to if I was in this world!

To see all the other questions and enter in the giveaway, CLICK HERE!