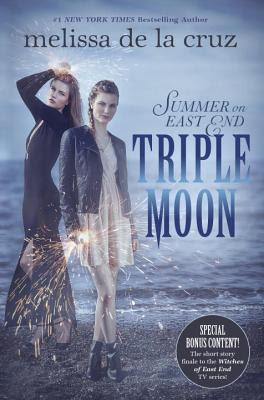 After they cause a terrible accident at their old high school, twin witches Mardi and Molly Overbrook are sent to live with their “Aunt” Ingrid Beauchamp in North Hampton, on Long Island’s mist-shrouded East End. Because the twins cannot control their powers, their father begs Ingrid to tame them over the summer, before the White Council exiles the girls to Limbo.

Trouble continues to bubble and boil when the girls meet the younger Gardiner boys, who are just as handsome and sexy as their older kin. But all is not as it seems. As Ingrid helps the girls learn to control their magical impulses, Mardi and Molly have just this summer to figure out how to grow up, how to love, and how to be a family.
(Goodreads)

I asked Melissa what her favorite genre to write was and why?

I can’t say I have a favorite genre because I write in a lot of genres. Maybe my favorite genre is “young adult” which people argue is not a genre at all, but I will argue that it is. The young adult genre is focused on telling stories that concern teenagers starting to come of age. That’s it. It doesn’t matter if they’re working as nannies in the Hamptons, or living in a post-apocalyptic frozen Las Vegas, or princesses or sorceresses in Avalon or Norse goddesses in the Hamptons. In the YA genre, they are usually around 14-17 years of age and just starting to dip their toes into adulthood.

I love writing for and about teens because to me, the teenage years are all about the future and its endless possibilities—everything is open to you at that age. You can be anyone you want to be, and the world is new and exciting. Your first kiss. Your first love. Your first drink. Your first betrayal. It’s all so heady and exciting and amazing, to be alive and young and beautiful. Of course it’s also the time when you feel incredibly insecure, ugly and awkward and unsure about yourself. So there are these two things that are happening to you – which is part of growing up – and finding your place in the world.

I so remember what life was like at fourteen because never in my life have I felt so awkward, so ugly, so unsure of myself. I remember crying in the bathroom at school my freshman year. I remember my parents picking me up from the dance and telling them no one asked to dance with me. I was such a cute kid, but I was an ugly teenager. So that transformation from eleven to fourteen was horrible for me. Then when I was 18 suddenly I was cute again, and I remember the rush of being young and desired—I had friends in college whose boyfriends were in their 40s and they owned restaurants and nightclubs and we were the pretty young people who had everything offered to us. I don’t remember paying for a drink at a bar for ten years in New York.

Maybe some people don’t experience those extreme lows and highs, but that was my life, and so much of my work comes from that time. The memories are so visceral, I’ve never forgotten. I haven’t forgiven either (LOL), but that’s what makes me a YA writer. 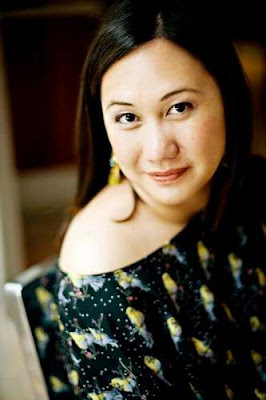 Melissa de la Cruz is the New York Times and USA Today best-selling author of many critically acclaimed and award-winning novels for teens including The Au Pairs series, the Blue Bloods series, the Ashleys series, the Angels on Sunset Boulevard series and the semi-autobiographical novel Fresh off the Boat.
Her books for adults include the novel Cat’s Meow, the anthology Girls Who Like Boys Who Like Boys and the tongue-in-chic handbooks How to Become Famous in Two Weeks or Less and The Fashionista Files: Adventures in Four-inch heels and Faux-Pas.
She has worked as a fashion and beauty editor and has written for many publications including The New York Times, Marie Claire, Harper’s Bazaar, Glamour, Cosmopolitan, Allure, The San Francisco Chronicle, McSweeney’s, Teen Vogue, CosmoGirl! and Seventeen. She has also appeared as an expert on fashion, trends and fame for CNN, E! and FoxNews.
Melissa grew up in Manila and moved to San Francisco with her family, where she graduated high school salutatorian from The Convent of the Sacred Heart. She majored in art history and English at Columbia University (and minored in nightclubs and shopping!).
She now divides her time between New York and Los Angeles, where she lives in the Hollywood Hills with her husband and daughter.
Website || Facebook || Twitter || Tumblr || Goodreads

**I really enjoyed this book. I received this book in exchange for the blog tour. I will post a full review next week but I gave it a 4 out of 5 star rating! Pick this up if you liked her Blue Bloods series or her Witches of East End series, for sure!**

Did you read Triple Moon? Or any of Melissa’s other books like Blue Bloods or Witches of East End? Leave your thoughts in the comments! 🙂