2 Books with Endings/Cliffhangers that Deserve Coal

On this wonderful Monday, I was tasked with the near impossible: somehow choosing only 2 books whose endings left me in a tizzy. I’m not a patient person by nature, so waiting for the next book in a series is always torture. After much deliberation, I finally settled on two books that actually made me very nearly throw my copy across my bedroom (although I didn’t, one was on my iPhone Kindle app…bad idea. *Drumroll please* The two books on my naughty list, who will certainly be receiving coal are… 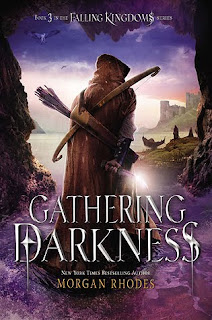 1. Gathering Darkness by Morgan Rhodes
The Falling Kingdoms series is one that has everything: royalty, rebels, romance. There are battles with epic sword fights, magic that can hardly be controlled, and love that pops up seemingly out of nowhere. So, naturally, the best point to finish the third book in a series with all these traits is right after one character admits to falling in love with another character. And, just for some icing on the cake, why not end said book when another character forms a new alliance with someone suspicious? Actually, that sounds like a horrible idea…but an excellent way to torture readers. And that’s precisely what Morgan Rhodes did. Don’t get me wrong, I adore this series, and I read all three books in one weekend. Waiting even a few weeks to get answers was dreadful. Thankfully, the fourth book in the series, Frozen Tides, is released tomorrow (December 15), which means all of my problems will be solved! Although, a whole set of new questions is bound to build up, meaning I may have to modify my list of endings deserving coal. 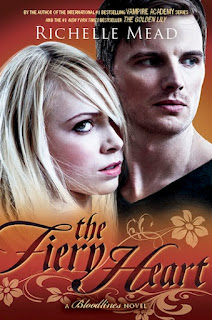 2. The Fiery Heart by Richelle Mead
This second choice could have went a multitude of directions. I could have chosen a book from the Vampire Academy series (the end of Shadow Kiss, anyone?). However, in the end, I went with The Fiery Heart for one very important reason: I’ve been a Sydrian shipper since before Bloodlines was even on the radar. “He’s cute” in Spirit Bound was the start. From there on out, I was sold. Watching a romance blossom between two of the most unlikely characters was magical. The mere threat of that romance being ripped away or somehow tampered with at the end of The Fiery Heart sent me into a fury. What would happen to Sydney? How would Adrian deal with it? Why are the Alchemists actually horrible? Needless to say, waiting a year for the next book was pure torture, and the reason The Fiery Heart definitely has a cliffhanger deserving all of the coal.

What do you think? Did these books make you want scream and throw your copy across the room? What endings or cliffhangers left you in a fury? Let me know in the comments!

Santa, OMIGOD: Best Fandoms
Santa’s Workshop: Christmas Wishlist
Season’s Readings: Our Favorite Reads of the Year
Mistletoe Kisses: Contemporary Romance Books That Made You Want to Kiss Under the Mistletoe
It’s the Most Wonderful Time of the Year!