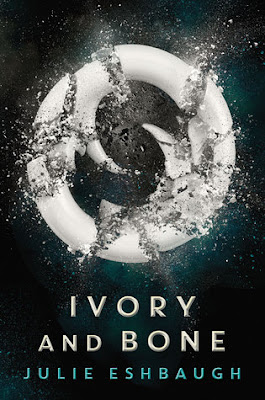 The only life seventeen-year-old Kol knows is hunting at the foot of the Great Ice with his brothers. But food is becoming scarce, and without another clan to align with, Kol, his family, and their entire group are facing an uncertain future.Traveling from the south, Mya and her family arrive at Kol’s camp with a trail of hurt and loss behind them, and hope for a new beginning. When Kol meets Mya, her strength, independence, and beauty instantly captivate him, igniting a desire for much more than survival.Then on a hunt, Kol makes a grave mistake that jeopardizes the relationship that he and Mya have only just started to build. Mya was guarded to begin with—and for good reason—but no apology or gesture is enough for her to forgive him. Soon after, another clan arrives on their shores. And when Mya spots Lo, a daughter of this new clan, her anger intensifies, adding to the already simmering tension between families. After befriending Lo, Kol learns of a dark history between Lo and Mya that is rooted in the tangle of their pasts.When violence erupts, Kol is forced to choose between fighting alongside Mya or trusting Lo’s claims. And when things quickly turn deadly, it becomes clear that this was a war that one of them had been planning all along.

Were there any funny stories while you worked on Ivory and Bone? Or maybe, at that time, the book had a different name, which now makes you smile?

The title of the book has been IVORY AND BONE from the beginning! (Except for the earliest days, when it was a file on my computer called “Prehistory Story.”) I was kind of nervous that I would be asked to change the title along the way, since that happens so frequently. So I never asked–I was afraid that if I brought it up, I would be told that it needed to change. So I never said anything about the title at all haha. Eventually I was shown the text that would go on the book jacket, and it said IVORY AND BONE and I knew it was going to stay!

What inspired and/or helped you in the process of writing?

I first got the idea for IVORY AND BONE a long time ago–long before I actually wrote the book. I was at the Museum of London, and I stood in front of an animated exhibit that showed a view of the city from above. It started in the present, and rolled back through time—through the Victorian era, through the Middle Ages, until we were looking at that spot of land on the Thames thousands of years ago. It showed a forest with herds moving through the trees. Then, smoke began to rise from the ground–the smoke of hearth fires. The thought of people living in that wilderness thousands of years ago fascinated me. Who did they love? What did they aspire to? So that was where the idea originally came from.

I don’t know if it’s my favorite quote from I&B, but I really like the very first line: “The darkness in this cave is so complete I can no longer see you, but I can smell your blood.”

How long did it take you to write your novel? What was easier to write: the beginning or the ending?

It took me just under a year to write the book–I started in October 2013 and sent it to my agent in September of 2014. I felt like once I knew who and what the story was about, I knew the beginning and the ending. It was the middle that was the biggest challenge. I worked from a detailed outline–I’m very big on planning my writing before I start–but as I wrote, some of the choices I’d made in advance seemed wrong. The characters had their own ideas, I guess. So I reworked the outline starting at about the two-thirds point. The ending didn’t change that much, but the route the characters took to the ending changed.

If right now someone told you that he can perform any of your three wishes, what would you then wish for?

Can I assume that the big things–world peace, a cure for cancer, etc–have already been wished for? Outside of those things, I’d probably wish for people to know their own worth. I think so many problems–bullying, substance abuse, suicide–are often tied to a lack of understanding of our own value as individuals. And if I had one more wish and could be completely selfish, it would be for my dog to live forever (or at least as long as I live!)

If you could, would you write a letter to your main character? If the answer is yes, what would be the main theme of the letter?

I would definitely write a letter to Kol if I could! I think the theme of the letter would be trust. Kol lives in a hard world full of difficult challenges–there are threats at every turn–and trusting himself and the people he loves will help him survive.

Julie Eshbaugh is the author of the upcoming Ivory and Bone (HarperCollins, 2016). She used to have trouble staying in one spot, having lived in places as varied as Utah, France, and New York City. Julie eventually returned home to the Philadelphia area, where she now lives with her husband, son, cat and dog. Her favorite moments are when the unexpected happens and she cheers loudest when the pitcher gets a hit.

Revenge and the Wild [Review]