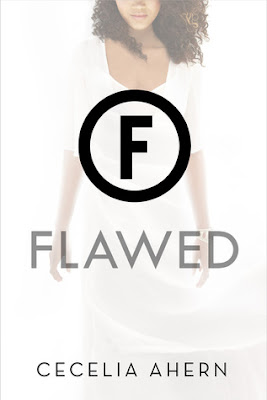 The Scarlet Letter meets Divergent in this thoughtful and thrilling novel by bestselling author Cecelia Ahern.

But then Celestine encounters a situation where she makes an instinctive decision. She breaks a rule. And now faces life-changing repercussions.

In her breathtaking young adult debut, bestselling author Cecelia Ahern depicts a society where obedience is paramount and rebellion is punished. And where one young woman decides to take a stand that could cost her-everything.
(Goodreads)

I haven’t read anything by Cecelia Ahern but I have wanted to try out some of her books and this is her YA Debut and I feel like I just have to start off with this one! 🙂

Were you lucky enough to get an early copy of Flawed? What’s your Waiting on Wednesday? Leave your thoughts in the comments! 🙂