In this breakout standalone novel of suspense in the vein of Gone Girl and The Girl on a Train, a woman agrees to help an old boyfriend who has been framed for murder—but begins to suspect that she is the one being manipulated.
Twenty years ago she ruined his life. Now she has the chance to save it.
Widower Jack Harris has resisted the dating scene ever since the shooting of his wife Molly by a fifteen-year-old boy three years ago. An early morning run along the Hudson River changes that when he spots a woman in last night’s party dress, barefoot, enjoying a champagne picnic alone, reading his favorite novel. Everything about her reminds him of what he used to have with Molly. Eager to help Jack find love again, his best friend posts a message on a popular website after he mentions the encounter. Days later, that same beautiful stranger responds and invites Jack to meet her in person at the waterfront. That’s when Jack’s world falls apart.
Olivia Randall is one of New York City’s best criminal defense lawyers. When she hears that her former fiancé, Jack Harris, has been arrested for a triple homicide—and that one of the victims was connected to his wife’s murder—there is no doubt in her mind as to his innocence. The only question is who would go to such great lengths to frame him—and why?
For Olivia, representing Jack is a way to make up for past regrets, to absolve herself of guilt from a tragic decision, a secret she has held for twenty years. But as the evidence against him mounts, she is forced to confront her doubts. The man she knew could not have done this. But what if she never really knew him?

I suppose I should be calling this a DNF review. However, I did, technically, finish the book. But only by skipping through huge chunks of the story…just so I could see the answers to all the mysteries and questions presented in this book.

I think my main problem with this book was the characters. I couldn’t connect with any of them. Most notably the main character, our narrator. I just couldn’t find anything that made me want to know more about her. Maybe she had some redemption in the book that I missed, but it was taking her too long for my liking to get there. The rest of the characters felt like a whole host of clichés: the straightforward, harsh best friend, the father-figure lawyer, the more mature for her age teenage daughter, and, of course, the guy who’s too caring to do any wrong yet has been repeatedly dealt a bad hand. I guess I just didn’t believe any of them fully. There wasn’t anything that had me rooting for any of the characters.

Of course, this book did have one element that kept me intrigued: the mystery. Who’s the killer? Is someone being framed? Is someone lying? I had to know. The crime, and in particular its details, were unique and thought-provoking, but, ultimately, it just wasn’t enough to keep me hooked to every page. So I committed the ultimate sin and skipped to the end, which was satisfying enough and not so shocking that I felt I had to go back and read what I had missed. Overall, this book had a great concept with a less than stellar execution.

Her story begins on a train.
The year is 1956, and the Axis powers of the Third Reich and Imperial Japan rule. To commemorate their Great Victory, Hitler and Emperor Hirohito host the Axis Tour: an annual motorcycle race across their conjoined continents. The victor is awarded an audience with the highly reclusive Adolf Hitler at the Victor’s Ball in Tokyo.
Yael, a former death camp prisoner, has witnessed too much suffering, and the five wolves tattooed on her arm are a constant reminder of the loved ones she lost. The resistance has given Yael one goal: Win the race and kill Hitler. A survivor of painful human experimentation, Yael has the power to skinshift and must complete her mission by impersonating last year’s only female racer, Adele Wolfe. This deception becomes more difficult when Felix, Adele twin’s brother, and Luka, her former love interest, enter the race and watch Yael’s every move.
But as Yael grows closer to the other competitors, can she bring herself to be as ruthless as she needs to be to avoid discovery and complete her mission?
From the author of The Walled City comes a fast-paced and innovative novel that will leave you breathless.

I really don’t know where to begin with this book other than to say that you need to read it. It’s phenomenal. It’s breathtaking. It’s impactful.

I’ve struggled for weeks trying to formulate my thoughts into coherent sentences for this review, but I kept crying every time. That’s how much of an impact this book made on me. So, with tear-filled eyes and without further adieu, here is what I loved and adored about Wolf by Wolf:

Beautiful, emotional descriptions punctuated by short, impactful statements. My high school English teachers would cry over this book. I certainly did. This writing is the kind that winds up being shared in Language Arts classes, serving as inspiration for students to mold their own writing after. It’s stunning. Honestly, truly stunning. I could not stop bookmarking quotes and passages that were both impactful and inspirational. Any words I write here won’t do this book justice. Just, read it.

“Not dead. One life spared. One life out of missions. Just a drop. But it mattered. It rolled off Yael’s chest. Made it one life lighter.”

Where to begin? Every character was wonderfully developed and important. More importantly, no character was exactly what they seemed on the surface. Yael has a heartbreaking backstory that shaped her into the well-trained weapon she is. Luka proves that not all masks worn are as easily seen as Yael’s shapeshifting. Felix personifies loyalty and love. And the other racers each have their own stories, their own pressures, their own lives. It’s beautiful to watch these characters come to life, to learn time and again that the beliefs, stories, and actions of a person mean so much more than their appearance, that you can never truly know a person until you trust them with a piece of yourself.

“Brother. The term was supposed to hold some weight between them. Some code of honor Yael could not navigate. Not when her own family was long ash—spread to the wind.”

I’ll be the first to admit that I always abhorred “What if…” questions in history class. I never really enjoyed dabbling in the hypothetical. This book changed my mind. What if Hitler won WWII? It’s a question that has been addressed before, but I’ve never seen shapeshifting thrown into the mix. The concept of this story is so completely unique. I can see it appealing to readers who enjoy a whole scope of genres. There’s something for everyone in this book. Although, it’s not easy to read. There’s so much emotion and heartbreak and horrible realities of how humans can treat one another. But there’s also hope, kindness, and genuine, human goodness blended within the pages. This book is unique and destined to take you on an emotional journey that will continue even after you finish the final chapter.

“The answer to this questions was something Yael had to fight for. Her self-reflection was no reflection at all. It was a shattered mirror. Something she had to piece together, over and over again. Memory by memory. Loss by loss. Wolf by wolf.”

These three pieces of the story are woven together so wonderfully and so expertly. This review doesn’t do it justice. If you haven’t read Wolf by Wolf, please read it. And be prepared for your heart to simultaneously be ripped out and wrenched back together again to the sound of motorcycle engines revving and train wheels spinning.

Excerpt Chapter One        Ben West spent summer vacation growing a handlebar mustache.        Seriously.        Hovering over his upper lip—possibly glued there—was a bushy monstrosity that shouted, “Look out, senior class, I’m gonna tie some chicks to the train tracks and then go on safari with my good friend Teddy Roosevelt. Bully!”        I […]

I love books, all shapes, sizes, genres, and walks of life – I love books. Reading has always been my favorite hobby, ever since I was a kid I can remember going to the library with my Dad everyday after school and getting to pick out some books to take home. Fast forward to now, […]

Hello, Darlings In the spirit of St. Patrick’s day, the girls and I thought it would be fun to put on a little mini-series of posts. Basically, we are here to answer one very pressing question: if you knew that the Leprechaun at the end of the rainbow was holding one book: ARC, published, special […] 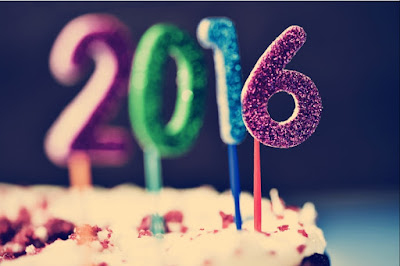 Hello, Darlings! How are you?? Good? Great! Like I mentioned last month, throughout the course of this year I am going to be doing resolution updates! Half to let you lovely people know about my life and half to motivate me to keep it up!! From my own past experience, I have the HARDEST […]

Hello, Darlings Happy New Years! Wow time flies. This past year as been an interesting year for me! I’m hoping for a fresh start in 2016, how about you? There are SO MANY new adventures awaiting me in the New Year. It should be a big one for me, and I’m really lucky to have […]

Posted December 25, 2015 by In Wonderland Team in Uncategorized / 0 Comments