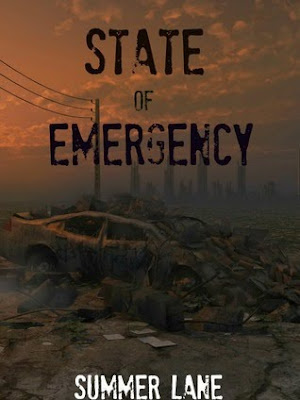 What would you do if the world as you know it ended in an instant?How far would you go to survive?
Cassidy Hart is your typical High School graduate: A little shy, a little sarcastic, and a little naive. But when an electromagnetic pulse takes down the United States, she’s forced to kick into full survival mode when she gets separated from her father.Yeah. Things suck.But with the help of a handsome soldier named Chris, she just might find her dad without getting into serious trouble.Emphasis on might.Oh. And there’s the matter of avoiding getting killed in a world that’s quickly turned into an active war zone.It’s going to change Cassidy’s life.It’s going to be a major pain in the butt. 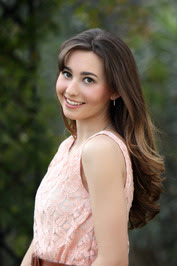 Summer Lane is the author of the YA/NA Dystopian Romance, State of Emergency. She is a freelance writer, publicist and lover of all things feline. Summer is also the author of Snappy Social Networking: How to Dominate the Blogosphere & Everything in Between. In her spare time, Summer is the creator of the online magazine/blog, Writing Belle, in addition to being a frequent contributor at NA Alley, a website dedicated to all things New Adult.
Summer began writing when she was 13 years old, due to the fact that the long afternoons after school were somewhat boring, and writing stories seemed to make the time pass a little quicker. Since then she has written many books about jungle cats, secret agents, princesses and spaceships. She is also a non-fiction writer, but her debut novel, State of Emergency, is her favorite book yet. You can find Summer hopping around on the Internet by following her on Twitter @SummerEllenLane. Want to talk to Summer? Email her at:  writingbelle18@gmail.com

Website | Blog | Twitter
BUY LINKS
Amazon | Barnes and Noble
Book Excerpt :
Prologue
I don’t know how it happened. Nobody does. There are only theories, empty rhetoric and doomsday prophecies. None of them are right, but none of them are completely wrong, either. They all have a grain of truth. All I know is where I was and what I was doing when it happened.
The day had started out like every other day of my life. I hit the snooze button on my alarm about five times before dragging myself out of bed. I combed back my unruly red hair, threw on some clothes, and went into the kitchen. As usual, my dad hadn’t gone to the grocery store, so breakfast consisted of burnt toast and a teaspoon of olive oil.
Because fatty acids are supposed to be healthy for you. And because there’s nothing else to eat in my house except a can of string beans from 1999.
Being nineteen, graduated from high school and unemployed, I didn’t have much to do besides surf the internet looking for interesting stories and reading my stack of books from the library. Lately I had applied for a multitude of different jobs, including a flight attendant, car washer and hotel manager. Needless to say, none of those positions panned out.
I’m more of the independent type, getting paid by my dad to help him out with his job as a private detective. He’s been letting me poke around in his cases since I was a freshman in high school. I’m good at it, too. Criminal justice, that is. I even wanted a degree in it, but since I’m flat busted broke and stuck in a two-bedroom home with an empty refrigerator, my options are kind of slim.
Anyway, after I looked for a few jobs online, I closed my laptop and started cleaning the house. My dad and I lived in a small house in the outer suburbs of Los Angeles. Culver City, to be exact. It’s about ten minutes away from Hollywood. The land of spray-on tans and yoga classes.
It’s a nice place to live as long as you don’t drive about five miles in the opposite direction. In that case you’ll end up in the middle of a ghetto. A visit to the grocery store might end up becoming a drive-by shooting.
Unsurprisingly, I’m an introvert. So that day, that regular, average day, turned out to be a day that not only changed my life – but everybody else’s.
It was the day technology turned on us.
It was the beginning of a major pain in the butt.