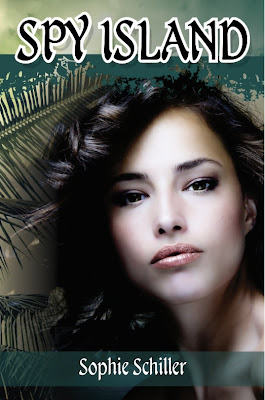 An adventurous girl in the West Indies risks her life to save a German U-boat deserter and stumbles into a nest of German spies hell-bent on taking over her tranquil island.
In 1916, Abigail Maduro plunges headfirst into the dangerous world of espionage when she travels to the West Indies to live with her Aunt Esther and witnesses a brutal murder at the hands of a notorious German spy. Vowing revenge, Abby embarks on a career as a spy hunter, not realizing that St. Thomas is a hotbed for German spies and saboteurs who use their Hamburg-America steamers to run clandestine missions against the Allies. But Abigail has more pressing problems of her own. She’s forced to work as a seamstress, and is on the constant receiving end of her aunt’s vicious tirades. Her only salvation are the two aging servants, Nana Jane, the daughter of an African slave with a taste for gossip, and Cooky Betty, the rotund, back-talking cook who samples most of what she makes.A chance encounter with a mysterious stranger hurls Abby to the center of the conflict. Erich Seibold claims to be a stranded sailor in desperate need of shelter. Despite the danger, Abby hides Erich in the basement of her house and friendship blossoms between the two outsiders, even after Abby learns that he is a deserter from a German U-boat. The local German Consul, Lothar Langsdorff, also discovers Erich’s true identity and blackmails him into committing sabotage and murder. When Erich is arrested, Abigail attempts a daring breakout to free him. But with Langsdorff still on the loose, Abigail relies on wits, bravery and a little island magic to save her island from a dangerous German spy.

First Lines:“It’s the most exciting thing that’s ever happened in this swamp-infested gambler’s paradise. They caught a whole nest of German spies.”
My Thoughts:
There are good things about this book and there bad things. That happens with a lot of books. This book was well researched, which is good. The description of the Caribbean Islands was well done. The characterization was well done. The topic of the book was a great idea. All-in-all, it was a well executed book.
Now, you must be thinking, if all that was good, what’s the bad? The bad was that it felt too long for me. Even though it was only a 300 something page book, which I’d usually be just fine with reading. It just felt like it dragged a bit, for me, at least. Just because it wasn’t the best book for me, doesn’t mean it won’t be for you. There have been quite a few people who love this book. And don’t get me wrong, I liked the book and the topic, it just didn’t keep my interest for long. The middle portion of the book, I practically skimmed because the action didn’t really come in until about 70-80% into the book.
Overall, it was okay, FOR ME. If you like historical fiction and mystery, you might want to check it out and give your own opinion about it. :]

Sophie Schiller was born in Paterson, NJ and grew up in the West Indies amid aging pirates and retired German spies. She was educated at American University, Washington, DC and now lives in Brooklyn, NY.

Anna and the French Kiss [Review]
Spotlight & Giveaway: The Truth by Jeffry Johnston