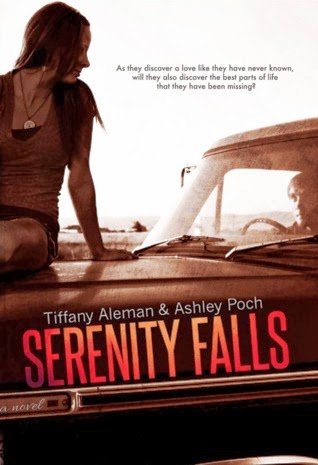 Kenleigh Briggs suffered debilitating depression at the age of twelve after losing both parents in a tragic house fire. Her aunt assumed guardianship and forced Kenleigh to learn how to horseback ride. She soon developed a bond with the horses that helped her work out and deal with her depression.
Seven years later, young Kenleigh is now a sophomore at the University of Texas, San Antonio. During summer break, she arrives at Serenity Falls, a horse ranch devoted to helping children with disabilities learn to ride. She loves watching the kids build the same healing bonds with the horses that she did. She really finds satisfaction in paying it forward.
Wesley Adams, the son of the ranch’s owners, is a professional bull rider who lives in Dallas. With his blond hair, Caribbean blue eyes, and tattooed muscular body, he is the epitome of every woman’s dream. Wesley is good guy, but he harbors a past he’s not proud of
Kenleigh has learned to take life head on. Content with the way her life is going, Kenleigh never expected Wesley. He takes Kenleigh on the ride of her life, but will she accept him faults and all? As Kenleigh and Wesley discover a love like they have never known, will they also discover the best parts of life they are missing?

My Thoughts:
Oh my goodness. This was such a great steamy read. Definitely something I needed. It had a country vibe with some hot scenes. Yet, there was still substance within the pages. Aleman and Poch definitely know how to create characters because they created two amazing main characters within Serenity Falls, Kenleigh and Wes.

Kenleigh has gone through a lot in her life even though she’s only nineteen/twenty. I was able to relate really easily with Kenleigh considering the fact that we both had to deal with major losses and we both had the struggle and learned to find ourselves again. I really loved that I was able to connect with Kenleigh in that aspect. I really loved her as a character and would love to read more about her.

Wes has also gone through some issues, but what made me love him so much. Was the fact that he was not only complicated but a hot, hot, hot cowboy. Mmm Mmm Mmmmmm. I love anything country. And that includes men. :] I really enjoyed seeing the change that you see in Wes throughout the book. He has his ups and downs but in the end, he’s perfect for Kenleigh.

As for the romance within Serenity Falls. I was definitely not expecting some sex scenes, but so glad I got them! It was nice reading those without it being censored since it’s in the New Adult genre. It reminded me (at times) of Fifty Shades of Grey. But I liked the fact that it wasn’t so S&M. I mean there are teensy tiny parts of Wes that have a dominating side, but that just adds to his hotness. But in no way was he anything like Christian Grey. He was so much BETTER!

If you are into romance and/or country themed books, definitely check this one out! You won’t be disappointed! 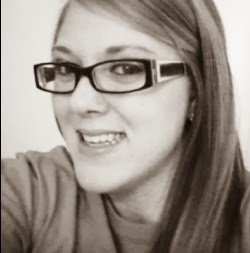 Tiffany is 27 years old, with a wonderful family. Her husband is in the  Army, and they have two wonderful children. Ashley and Tiffany have been best of friends  since they were 13. Tiffany recently graduated from South University with an Associate’s  Degree as a Paralegal. She enjoys listening to music, playing with her kids, going to the beach, and pretty much anything that has to do with the outdoors.
Tiffany has always loved to write, but never really had an interest in reading until the summer of 2012.  She is so excited to be taking her writing journey with Ashley and has a number of authors she classes as her favorites, including E.L. James, S.C. Stephens, Molly McAdams, Rebecca Donovan, K.A. Linde, Marie Coulson and S.H. Kolee. 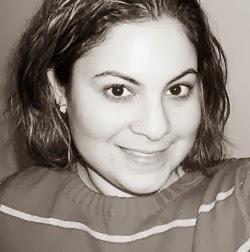 Ashley grew up in Texas but now has joined her husband to reside in Virginia. She is a military wife and mother to two adorable children.  Ashley has always wanted to travel having grown up in a small town. Her interest in reading sparked last summer and now she’s a lost cause without her e-reader.  Since she loves to travel, the places she gets to go in her fictional books are what any girl could ask for.  When Ashley isn’t glued to her computer you can find her outdoors either playing with her children or relaxing and enjoying the sun reading a good romance novel.

The Playlist (minus a few songs):

The Evolution of Mara Dyer by Michelle Hodkin [Review]
Waterwitch Babes on Tour: On Meeting Sooz & Interview with Erin Bowman