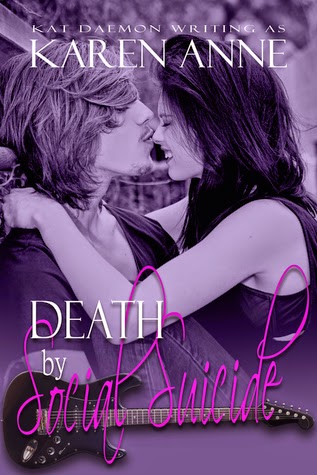 The night Brittany Wakefield kissed her best friend, Jaime, she lost everything. Who knew one amazing moment could send him running— spinning a web of deceit and avoidance for two years. Stepping onto campus, she’s ready to win him back, even if it involves pledging a sorority she has no interest in.

Erik Draxton fell hard for Brit the moment she walked into the art room. With vibrant purple hair, music in her veins and a rebellious flair, she’s all he’s ever wanted.

While Jaime shrouds himself in secrets, Brit finds herself longing even more to be a part of his world. Unable to watch the girl of his dreams get tossed to the side, Erik decides to take matters into his own hands. But when Erik crosses a line, Brit feels backed into a corner, and discovering Jaime’s secret leaves her devastated.

With a shattered heart from Jaime, and the risk of losing Erik on the horizon, she knows one thing: navigating the social circles can be a suicide mission.
(Goodreads) 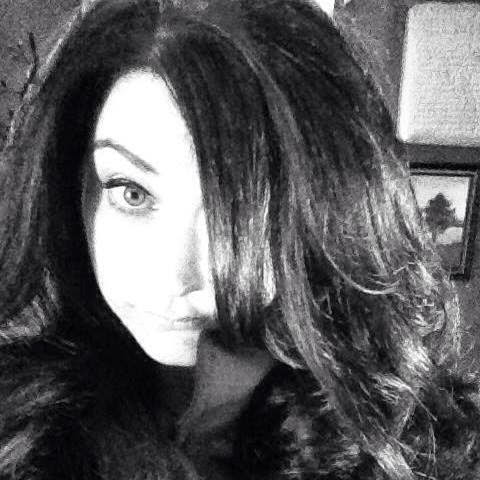 Karen is also known as Kat Daemon, Paranormal Romance writer and lover of all things dark and twisty.

In my novel, Death by Social Suicide, the main character Brit has a passion for music. She plays electric guitar like a rock star, the music swimming through her veins making her feel at peace—but only when she’s alone. The fear of others hearing her is numbing. I get that. Although I don’t have a tenth of the amount of talent that Brit has, I do have a phobia of playing guitar or piano in public. It’s not something that people can easily understand. They can’t comprehend why I would own these instruments if I never play them. I do play them, I just play when I’m alone. Maybe one day, with enough confidence, I’ll gather up the courage to allow others to listen, but for now I’m perfectly content with playing for my cats— and boy are they critical! 😉

Brit also has a deep love for the band, Green Day, and who can blame her? The band has played consistently great music for twenty years. I remember getting Dookie on my sixteenth birthday and playing it so often I nearly wore the CD out. Like Brit, I’ve gone to concerts to see the band perform. And like Brit, I sat in the orchestra section of the St. James theatre to watch Billie Joe Armstrong, the lead singer of the band star in American Idiot on Broadway as the character of St. Jimmy. In my book, Brit gets to meet Billie after the show and obtains his autograph. I wasn’t as lucky, and although I got close to him that night, there were just too many fans. So I let Brit have the moment that I never got.. until recently.

While working on revisions of Death by Social Suicide, I discovered that Billie Joe was filming in my old neighborhood. I called my best friend, Elaine who has shared every Green Day moment with me, and we drove down there, expecting to find crowds and screaming fans. What we found was a silent movie set in the middle of production. A kind assistant let us stay, and watch Billie work. We were about fifteen feet away from him and I swear he could hear our hearts thumping against our chest. It was freezing cold outside and starting to rain (It was an outdoor scene) but we were frozen not by the weather but by our luck. With our eyes glued to the musician who had taken us from high school through college and into our thirties, we were beyond nostalgic.

The director called it quits for the night, and the assistant who had been so kind to us, went and whispered something to Billie. We were told to stay in a certain spot, and after about five more minutes, Billie walked over to us and just said, “Hi guys.”

Then… he hugged me. Like a real hug… like out-of-body-experience sort of thing. Then he turned to Elaine and hugged her.

We stood there in shock… It’s been three months since that night and I still get chills whenever I think about it. Now when I look back on that scene with Brit, standing next to Billie getting his autograph, I get this butterfly in my stomach reminding me, Brit got the autograph, and that’s beyond cool. But I got the hug.

So it just goes to show you, each day is filled with possibility. One minute you’re at your laptop working on revisions about a girl who has a crush on a rock star. The next— you’re face-to-face with that rock star.