Earth, Fire, Air, Water – they have more power than you dream.
Ever since her ex-boyfriend spread those lies about her, Becca Chandler is suddenly getting all the guys—all the ones she doesn't want. Then she saves Chris Merrick from a beating in the school parking lot. Chris is different. Way different: he can control water—just like his brothers can control fire, wind, and earth. They’re powerful. Dangerous. Marked for death.
And now that she knows the truth, so is Becca.
Secrets are hard to keep when your life’s at stake. When Hunter, the mysterious new kid around school, turns up with a talent for being in the wrong place at the right time, Becca thinks she can trust him. But then Hunter goes head-to-head with Chris, and Becca wonders who’s hiding the most dangerous truth of all.
The storm is coming . . . 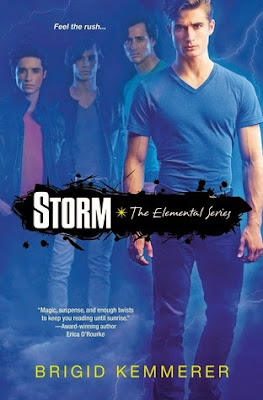 I really enjoyed this book. This book is about Becca and her encounter with four hot brothers who control the elements. I really loved this concept on being able to control the elements. I think it was so cool. Becca endures a journey in this first book and finds out who she really is and who the men in her life really are. The four brothers fight like they’re brothers, but you can tell that they care for one another. I recently purchased the second book in this series and I plan on reading it soon! 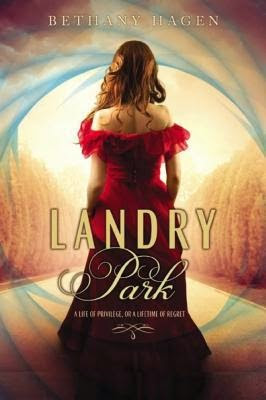 This was a very interesting dystopian. I liked how it went about. It definitely wasn’t what I was expecting, in a good way! It’s about a dystopian future where the gentry class still exists. It’s not your ordinary dystopian. Yes, the corrupted government is there. Yes, there are twisted settings. But the thing that sets this book different from other dystopians is that the politics played a MAJOR role within this book. I loved getting to know Madeline and David. I loved questioning myself when the book raises tough topics. Bethany Hagen definitely has some skill for pulling off such an astounding first book in a series. I can’t wait to read the sequel when in comes out this August! 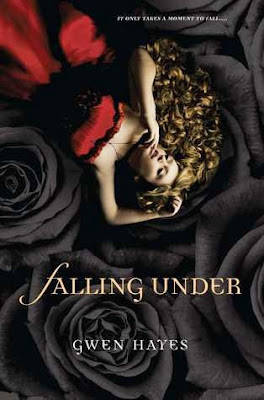 This book started off kind of like a cliche of other typical YA Paranormal stories. There were some issues I had with the main characters. However, Hayes did a great job at making this book different from other typical YA Paranormal books. She kept me on my toes. And actually got me to really like the two main characters, Theia and Haden. While some of their conversations were just absurd. I think I will continue this series and see how they end up.

Let’s talk about it. Did you read any of these books? If so, what did you think of them? If not, do you want to read them? Leave your thoughts in the comments! 🙂

One response to “Mini Reviews [2]”