So, I’m going to do this new thing monthly where I let you guys know a little bit more about me. I used to do this over on Bookish. But since I’m not there anymore, I decided to bring over a version of the Bookish Digest over here. I’ll let you know what my favorite read was for the month and I’ll link up some of my posts from the month as well as give you guys some news or information about my life.
My pick for the month of May: 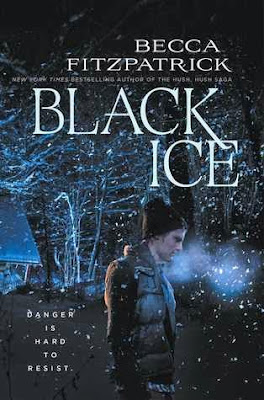 My Posts:
Reviews:
The Secrets We Keep by Trisha Leaver  5/5
The Summer After You and Me by Jennifer Salvato Doktorski  4/5
Shadow and Bone by Leigh Bardugo  5/5
Allegiant by Veronica Roth  4/5
Storm by Brigid Kemmerer  4/5
Landry Park by Bethany Hagen  4/5
Falling Under by Gwen Hayes  3/5
How to Love by Katie Cotugno  4/5
Seriously Wicked by Tina Connolly  3/5
Isla and the Happily Ever After by Stephanie Perkins  5/5
Memes:
Top Ten Books I Probably Will Never Read
Top Ten Authors I Really Want To Meet
Top Ten Books To Read In One Day
Top Ten Books I Plan To Have In My Beach Bag This Summer
Waiting on… [17]
Waiting on… [18]
Waiting on… [19]
Waiting on… [20]
Other Posts:
Sibling Characters in Books
Bout of Books 13 and Bout of Books Challenges
Reader’s Choice [7]
Tough Issues and Realistic Fiction in YA
Armchair BEA  WED  THURS
Reader’s Choice [8]
What happened in May:
1. The Chicago Blackhawks won the Western Conference which means we are going to the Stanley!! Saturday May 30th was a great day!
2. I read quite a bit this month! Not as much as I was hoping but a lot more than the previous months!
3. Joe and I haven’t completely set a date, but we are REALLY looking at January 30, 2016. Which is exciting and nerve-racking all at the same time!
What I’m looking forward to for June:
1. The Blackhawks winning the Stanley Cup and bringing it back home!
2. Joe’s annual Chicago truck meet is happening which means one whole weekend dedicated to grilling, being outside, drinking, and reading! Plus getting to see all our friends from out of state as well.
3. Setting an official date and putting down a deposit at a venue for the wedding!
Let’s talk about it!
What were some of your favorite reads this month? Did you read any of these books? What are you looking forward to next month? Leave your thoughts in the comments! 🙂