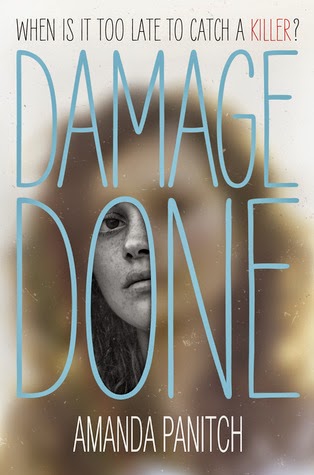 22 minutes separate Julia Vann’s before and after.

Before: Julia had a twin brother, a boyfriend, and a best friend.

After: She has a new identity, a new hometown, and memories of those twenty-two minutes that refuse to come into focus. At least, that’s what she tells the police.

Now that she’s Lucy Black, she’s able to begin again. She’s even getting used to the empty bedroom where her brother should be. And her fresh start has attracted the attention of one of the hottest guys in school, a boy who will do anything to protect her. But when someone much more dangerous also takes notice, Lucy’s forced to confront the dark secrets she thought were safely left behind.

One thing is clear: The damage done can never be erased. It’s only just beginning. . . .
(Goodreads)

New Identity! This just sounds so interesting!
Let’s talk about it. Were you lucky enough to get an early copy of Damage Done? What’s your Waiting on Wednesday? Leave your thoughts in the comments! 🙂