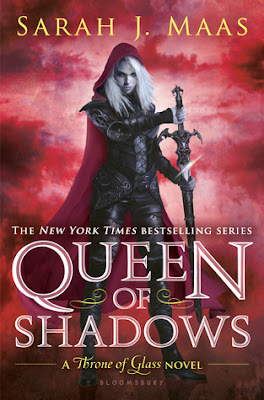 Everyone Celaena Sardothien loves has been taken from her. But she’s at last returned to the empire—for vengeance, to rescue her once-glorious kingdom, and to confront the shadows of her past . . .

Celaena’s epic journey has captured the hearts and imaginations of millions across the globe. This fourth volume will hold readers rapt as Celaena’s story builds to a passionate, agonizing crescendo that might just shatter her world.
(Goodreads)

It’s SARAH J. MAAS! Of course this is going to be on my wait list! I already have it pre-ordered. But I still have to catch up on the series! I have to read books 2 and 3! OMG I’M SO EXCITED THOUGH!! <3

Let’s talk about it.
Were you lucky enough to get an early copy of Queen of Shadows? What’s your Waiting on Wednesday? Leave your thoughts in the comments! 🙂