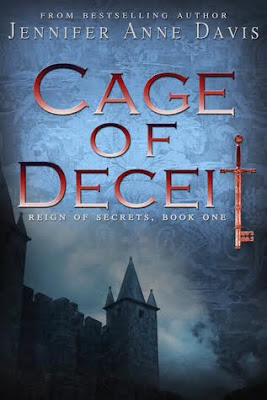 Jennifer Anne Davis’ best-selling True Reign series captivated readers from the very first page. Now, get ready to become entangled in the follow-up series, Reign of Secrets. In this new series, follow Allyssa, the daughter of the beloved Emperor Darmik and Empress Rema— and find out what happens after happily ever after.

Seventeen-year-old Allyssa appears to be the ideal princess of Emperion—she’s beautiful, elegant, and refined. She spends her days locked in a suffocating cage, otherwise known as royal court. But at night, Allyssa uses her secret persona—that of a vigilante—to hunt down criminals and help her people firsthand. Unfortunately, her nightly escapades will have to wait because the citizens of Emperion may need saving from something much bigger than common criminals. War is encroaching on their country and in order to protect her people, Allyssa may have to sacrifice her heart. Forced to entertain an alliance through marriage with a handsome prince from a neighboring kingdom, she finds herself feeling even more stifled than before. To make matters worse, the prince has stuck his nosy squire, Jarvik, to watch her every move.

Jarvik is infuriating, bossy and unfortunately, the only person she can turn to when she unveils a heinous plot. Together, the unlikely pair will have to work together to stop an enemy that everyone thought was long gone, one with the power to destroy her family and the people of Emperion. Now the cage Allyssa so longed to break free from might just be the one thing she has to fight to keep intact. In order to save her kingdom, she will have to sacrifice her freedom, her heart, and maybe even her life.
(Goodreads) 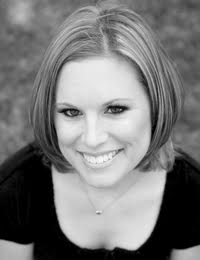 Jennifer graduated from the University of San Diego with a degree in English and a teaching credential. Afterwards, she married her best friend and high school sweetheart. Jennifer is currently a full-time writer and mother of three young children. Her days are spent living in imaginary worlds and fueling her own kids’ creativity.

When I was in high school, the first date I had with my now husband, was on Friday the thirteenth! So instead of being freaked out over the number, I love it!!
I love receiving messages from my readers telling me that my book has touched their lives. There’s nothing better than that!
Always. I want to know what my readers think. If they liked the story, I want to know why so I can make sure I keep doing it!! However, if there was a problem or something they didn’t like, I want to know so I don’t make the same mistake twice!
I had a girl come up to me, in tears, saying that my book helped her get through some stuff she was dealing with personally. (My book deals with sexual assault, so hearing that I helped someone is beyond words.)
There’s been so many . . . how to choose only one?
Favorite movie? Pride and Prejudice
Favorite ice cream flavor? Mint Chip
Favorite song? Christina Perri, A Thousand Years