So, I’m going to do this new thing monthly where I let you guys know a little bit more about me. I used to do this over on Bookish Lifestyle. But since I’m not there anymore, I decided to bring over a version of the Bookish Digest over here. I’ll let you know what my favorite read was for the month and I’ll link up some of my posts from the month as well as give you guys some news or information about my life.
My pick for the month of August: 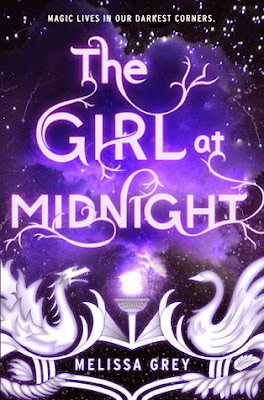 Beneath the streets of New York City live the Avicen, an ancient race of people with feathers for hair and magic running through their veins. Age-old enchantments keep them hidden from humans. All but one. Echo is a runaway pickpocket who survives by selling stolen treasures on the black market, and the Avicen are the only family she’s ever known.

Echo is clever and daring, and at times she can be brash, but above all else she’s fiercely loyal. So when a centuries-old war crests on the borders of her home, she decides it’s time to act.

Legend has it that there is a way to end the conflict once and for all: find the Firebird, a mythical entity believed to possess power the likes of which the world has never seen. It will be no easy task, though if life as a thief has taught Echo anything, it’s how to hunt down what she wants . . . and how to take it.

But some jobs aren’t as straightforward as they seem. And this one might just set the world on fire.
(Goodreads)

My Posts:
Reviews:
Red Queen by Victoria Aveyard   5/5
What You Left Behind by Jessica Verdi   4/5
Awake by Natash Preston   3/5
Sophomores and Other Oxymorons by David Lubar   3/5
Memes:
Top Ten Retellings I’ve Read or Want to Read
Top Ten Authors I’ve Read the Most From
Top Ten of my Auto-Buy Authors
Top Ten Books That Would Be On My Syllabus If I Taught: YA Lit 101
WoW #28
WoW #29
WoW #30
WoW #31
Giveaways:
The Suffering Giveaway ends 9-28
Blood & Salt Giveaway ends 9-26
Truthwitch Giveaway end 10-15
What happened in August:
(August was a fantastic month!!!)
1. I MET SUSAN DENNARD!!!! OMFG!! It was one of the best nights of my life! She is amazing and so so funny! She is a huge inspiration! I’m planning on doing a Susan Dennard week in October so be on the look out for that! 🙂

2. Joe and I set the date!!! We will be getting married on my birthday next year!!! Biggest birthday bash ever! I’m just so happy that we set the date!

3. I became one of the members of the Truthwitch Street Team!!! I am so excited!!!!

What Books I Read In August:

1. What You Left Behind by Jessica Verdi
2. Awake by Natasha Preston

3. The Girl at Midnight by Melissa Grey

5. Nowhere But Here by Katie McGarry
6. Sophomores and Other Oxymorons by David Lubar