Seventeen-year-old Caymen Meyers studies the rich like her own personal science experiment, and after years of observation she’s pretty sure they’re only good for one thing—spending money on useless stuff, like the porcelain dolls in her mother’s shop.
So when Xander Spence walks into the store to pick up a doll for his grandmother, it only takes one glance for Caymen to figure out he’s oozing rich. Despite his charming ways and that he’s one of the first people who actually gets her, she’s smart enough to know his interest won’t last. Because if there’s one thing she’s learned from her mother’s warnings, it’s that the rich have a short attention span. But Xander keeps coming around, despite her best efforts to scare him off. And much to her dismay, she's beginning to enjoy his company.
She knows her mom can’t find out—she wouldn’t approve. She’d much rather Caymen hang out with the local rocker who hasn’t been raised by money. But just when Xander’s attention and loyalty are about to convince Caymen that being rich isn’t a character flaw, she finds out that money is a much bigger part of their relationship than she’d ever realized. And that Xander’s not the only one she should’ve been worried about. 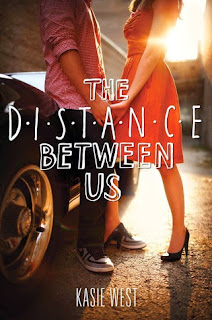 I absolutely loved this book! This was my first Kasie West book and it definitely will not be my last! I simply devoured this book! I literally read it in about 3-4 hours and couldn’t put it down until I had it finished! It was so delectable. I loved Caymen and her sarcasm. I loved Xander and his adorable-ness! I actually wouldn’t mind seeing a companion book to this story because I’d love to read about Caymen and Xander and their escapades in College!

ONLY A TRUE BEST FRIEND CAN PROTECT YOU FROM YOUR IMMORTAL ENEMIES…
Lissa Dragomir is a Moroi princess: a mortal vampire with a rare gift for harnessing the earth's magic. She must be protected at all times from Strigoi; the fiercest vampires—the ones who never die. The powerful blend of human and vampire blood that flows through Rose Hathaway, Lissa's best friend, makes her a dhampir. Rose is dedicated to a dangerous life of protecting Lissa from the Strigoi, who are hell-bent on making Lissa one of them.
After two years of freedom, Rose and Lissa are caught and dragged back to St. Vladimir's Academy, a school for vampire royalty and their guardians-to-be, hidden in the deep forests of Montana. But inside the iron gates, life is even more fraught with danger…and the Strigoi are always close by.
Rose and Lissa must navigate their dangerous world, confront the temptations of forbidden love, and never once let their guard down, lest the evil undead make Lissa one of them forever… 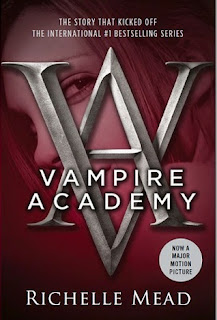 I originally read this series before my blogging days and I loved it then and I loved rereading it. It was so nice getting to read about Rose, Lissa, and Dimitri again. Rose is still by far one of my all-time favorite characters and she will continue to be, because she is so badass! If you haven’t gotten around to this series yet, you absolutely must! It’s so great. I have yet to read the Bloodlines series but I plan to soon, because it has my Adrian in it! And I love him so much more than Dimitri! 🙂

By Your Side [Review]

The Book of Ivy [Review]

By Your Side [Review]