She was the heir of ash and fire, and she would bow to no one.
Celaena Sardothien has survived deadly contests and shattering heartbreak—but at an unspeakable cost. Now she must travel to a new land to confront her darkest truth...a truth about her heritage that could change her life—and her future—forever.
Meanwhile, brutal and monstrous forces are gathering on the horizon, intent on enslaving her world. To defeat them, Celaena must find the strength to not only fight her inner demons but to battle the evil that is about to be unleashed.
The king's assassin takes on an even greater destiny and burns brighter than ever before in this follow-up to the New York Times bestselling Crown of Midnight.

The queen has returned.
Everyone Celaena Sardothien loves has been taken from her. But she’s at last returned to the empire—for vengeance, to rescue her once-glorious kingdom, and to confront the shadows of her past…
She has embraced her identity as Aelin Galathynius, Queen of Terrasen. But before she can reclaim her throne, she must fight.
She will fight for her cousin, a warrior prepared to die for her. She will fight for her friend, a young man trapped in an unspeakable prison. And she will fight for her people, enslaved to a brutal king and awaiting their lost queen’s triumphant return.
The fourth volume in the New York Times bestselling series continues Celaena’s epic journey and builds to a passionate, agonizing crescendo that might just shatter her world.

There is not really much for me to say about these books other than I loved them both but I will try! 🙂 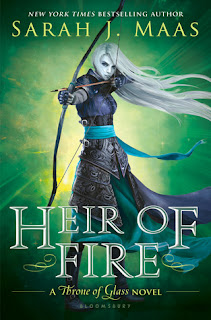 I absolutely loved this book! This was even better than Crown of Midnight! And this is the book where Rowan comes in! I absolutely LOVED him! AHH. There is seriously not much I can say about this book without spoiling it for anyone who hasn’t yet read it. But seriously, amazing! <3 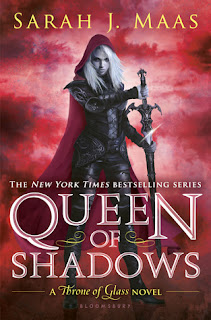 This is my favorite of the series so far! It was everything I wanted and more! I cannot wait to see where SJM takes the rest of this series! I cannot wait until the 5th one comes out!

Review: Between by Jessica Warman

Fall For You [Review]

The Unbecoming of Mara Dyer [Review]

A Court of Mist and Fury [Review]

A Court of Wings and Ruin [Review]

Sophomores and Other Oxymorons [Review]

Blog Tour: Break Me Like A Promise [Review & Giveaway]

A Court of Wings and Ruin [Review]