Seventeen-year-old Tempest Torres has lived on the AgraStar farm north of Atlanta since she was found outside the gates at the age of five. Now she’s part of the security force guarding the fence and watching for scavengers—people who would rather steal genetically engineered food from the company than work for it. When a group of such rebels accidentally sets off an explosion in the research compound, it releases into the air a blight that kills every living thing in its path—including humans. With blight-resistant seeds in her pocket, Tempest teams up with a scavenger boy named Alder and runs for help. But when they finally arrive at AgraStar headquarters, they discover that there’s an even bigger plot behind the blight—and it’s up to them to stop it from happening again. A fast-paced action-adventure story that is Margaret Atwood’s Oryx and Crake meets Nancy Farmer’s House of the Scorpion.

Anytime I read dystopian synopsis’ they literally give me chills. Especially this one! It’s weird how much our own world is starting to produce these kinds of fears, genetically engineered everything: CHAOS! I’m getting serious Divergent meets Hunger Games vibes as well, I have big hopes for this one!

The first book in the fast-paced action-adventure, The Rift Uprising trilogy—an enthralling mix of speculative fiction and military thriller—in which a young soldier comes to question the monsters she’s trained to fight against . . . and the monsters she fights for
Seventeen-year-old Ryn Whittaker is a Citadel: an elite, enhanced soldier specially chosen to guard a Rift, a mysterious and dangerous portal to alternate Earths scientists cannot control or close. Trained from the age of fourteen, Ryn can run faster, jump farther, and fight better than a Navy SEAL—which is good when you’re not sure if a laser-wielding Neanderthal or an axe-wielding Viking is trying to make it through the Rift and into her world.
But the teenager’s military conditioning and education have not prepared her for the boy who crosses through—a confused young man, seemingly lost and alone. Because while there’s an immediate physical attraction, it’s his intelligence and curiosity that throws Ryn off balance. The stranger asks disturbing questions about the Rift that Ryn herself has never considered—questions that lead her to wonder if everything about her life and what she’s been told these past six years has been a lie. Are the Rifts as dangerous as her leaders say? Should her people really try to close them . . . or learn how to travel through them?

For some reason, I can never figure out how to best start a review! I guess I will start with my overall feeling after finishing this guy: I liked it, it was fast passed and I read it in one sitting! Very movie-esque, I could picture the Rift and the setting SO well. Foster has really created a new YA world that, at least I feel, I haven’t seen much of. Our main character Ryn is a defender of the Rift (basically a crack in the world that lets other worlds come through). Ryn is a super kick ass, type A, boss lady. Her personality is very strong on the page. I was continuously surprised by how head strong she was, especially for a YA heroine! The world Ryn lives in was built well, this is the first installment in a trilogy, and Foster definitely had a lot of ground work to lay so that the rest of the plot could come to life. Similar to all dystopians, Ryn has some things to learn about her world that drastically change her conceptualization of the truth. I’m curious to see where Foster will take this series, and I really hope that she takes Ryn to some of the other multivereses mentioned in the plot! There is definitely romance in this novel, it is very clear who Ryn will fall for the moment he steps through the Rift. Ezra is an entertaining character, he brings a lighter side and is a good balance to Ryn’s headstrong-ness. I def did a little swooning for him at parts! What soured the romance aspect of this novel was that once Ezra appeared, it felt like the other relationships in the story (friendship and family) were thrown to the wayside. Ryn became very focused on her opportunity to sleep with Ezra, and the sexual tension between the two felt forced and out of place. I would have liked to have seen their relationship grow as the plot grew, veering off entirely took my attention away from the action and it made Ryn’s POV feel distracted. The relationship that Ryn has with her crew however, was quite good. Foster could have maybe spent some time developing less standardized crew members, felt a little too much like checking a box each time we met a new crew member. But, that is not to say that I didn’t enjoy their exchanges or have trouble imagining them.

My closing thoughts are still positive! Ignoring the romance aspect, which I assume will evolve and change as the series grows, this was a very entertaining read. The Rift is such a cool idea, and the action that it provides for the plot and political undertones were very fun to watch unfold. Foster gave me a full picture of the world as well as maintained a great writing style that set mood and helped fill in the blanks my imagination couldn’t quite figure out. I’m excited to see what she will do as her own writing skills evolve and the story progresses! The publisher very kindly provided me with an extra copy of this novel, so if the premise caught your eye – go enter! I would label this one as the perfect escape from finals or an easy holiday read!

1 copy of THE RIFT UPRISING by Amy S. Foster (US Only!)
a Rafflecopter giveaway

**I was supposed to do a Fave Quotes section, but I COMPLETELY forgot to highlight the eARC and I don’t have my Kindle with me today 🙁 This damn pregnancy brain is killing me!** My Thoughts Surprisingly I liked this book more than I thought I would. You see, I’m very picky when it comes […]

My Thoughts Everyone believed Diabolics were fearless, but in my earliest years, all I knew was fear. It preyed on me the very morning the Impyreans viewed me in the corrals. Those are the first lines of this book and after reading that prologue I was so intrigued. I thought it was weird, but so […]

Posted May 3, 2016 by Stephanie in Blog Tour, Giveaway, Spotlight / 8 Comments

About The Author The #1 New York Times bestselling author of the Selection series and The Siren. She is a graduate of Radford University and currently lives in Christiansburg, Virginia, with her family. You can learn more about Kiera’s books, videos, and love of cake online at www.kieracass.com. LINKS: Website | Twitter | Facebook | Tumblr | […]

interview Were there any funny stories while you worked on Spare & Found Parts? Or maybe, at that time, the book had a different name, which now makes you smile? Spare & Found Parts actually comes from the working, rough project title of the novel, which – prepare yourself – was actually Sexy Frankenstein Project. […]

Title: Glass Sword Author: Victoria Aveyard Series: Red Queen #2  Genre: Fantasy, Dystopia Pages: 448 Published By: HarperTeen on February 9th 2016 **I received a copy of this from the publisher in exchange for an honest review.** Where To Get:   Mare Barrow’s blood is red—the color of common folk—but her Silver ability, the power to […] 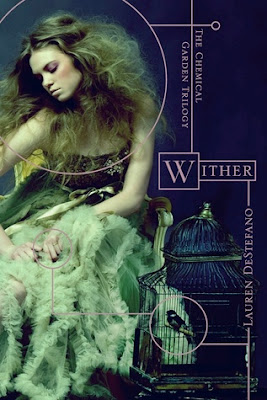 Click here for the rest of the Tour Schedule! Title: The Revolution of Ivy Author: Amy Engel Series: The Book of Ivy #2 Genre: Young Adult, Dystopian, Romance Pages: 290 Published By: Entangled Teen Challenges: Blog Tour for YA Bound Book Tours Where To Get:   Ivy Westfall is beyond the fence and she is alone. Abandoned by her family and separated […]

Everyone has darkness inside them, however hidden. I am tired of being used, hurt, and cast aside. It is my turn to use. My turn to hurt. Tomorrow, I will take on all of these things. I will be unstoppable. No. I am not broken easily. I will never break. The only way to clamp […]