A nightmare, I’d told Tamlin. I was the nightmare.

Feyre has returned to the Spring Court, determined to gather information on Tamlin’s maneuverings and the invading king threatening to bring Prythian to its knees. But to do so she must play a deadly game of deceit—and one slip may spell doom not only for Feyre, but for her world as well. As war bears down upon them all, Feyre must decide who to trust amongst the dazzling and lethal High Lords—and hunt for allies in unexpected places.

Okay so this is going to be a pretty short review for a couple of reasons:

Yea, you read that right. I think I am at the point that I have totally just given up on Sarah J. Maas altogether.

And, yes, you did just read that as well. I’m just not living in the same SJM bubble that I once was in with all of the other SJM lovers. After reading A court of Mist and Fury, I was blown away. That book was amazing. It was smut but it was amazing. And then the disaster happened to where SJM published the same effing story for Empire of Storms. I kid you not. She took her story from her NEW ADULT smutty series, changed a couple scenarios, changed all of the names, and published it to her YOUNG ADULT fantasy series. And after that I was pretty much done. I told myself I’d read the ending of Feyre and Rhys’ story in A Court of Wings and Ruin and I’d probably be done.

But it gets worse. Not only am I completely done with her books, I’m also starting to not love ACOTAR and ACOMAF as much because when reading this third installment I felt like Feyre was sounding more and more like Aelin from the Throne of Glass series and it just felt like all the characters were basically the same. And I gave up.

So, don’t hate me because this is a super unpopular opinion. But that’s just how I feel… And I was pretty disappointed with this book.

Reading this book contributed to these challenges:

These Royals will ruin you…
From wharf fights and school brawls to crumbling lives inside glittery mansions, one guy tries to save himself.
Reed Royal has it all—looks, status, money. The girls at his elite prep school line up to date him, the guys want to be him, but Reed never gave a damn about anyone but his family until Ella Harper walked into his life.
What started off as burning resentment and the need to make his father’s new ward suffer turned into something else entirely—keep Ella close. Keep Ella safe. But when one foolish mistake drives her out of Reed’s arms and brings chaos to the Royal household, Reed’s entire world begins to fall apart around him.
Ella doesn’t want him anymore. She says they’ll only destroy each other.
She might be right.
Secrets. Betrayal. Enemies. It’s like nothing Reed has ever dealt with before, and if he’s going to win back his princess, he’ll need to prove himself Royally worthy.

First things first. I love how addicting this series is! If you have read it yet, go check out my review for Book 1 here!

We got to know the Royals even more and I have to say I really love this family. Oh Reed, how I adore you! <3 I also really love Ella! She’s fierce and independent and sticks up for the little people and I really love that about her. In this book we see even more growth in all of the characters and it’s really nice.

I will say that I liked book 1 more than book 2, but I was not disappointed by this novel at all! I cannot wait to find out what happens in the final installment!

Sorry for the short and sweet review but I don’t want to put spoilers up! 🙂

My Thoughts I thoroughly enjoyed this book! It got me out of a vast slump I was in. And I have Dana to thank for it. She had read this and mentioned it to me and it sounded awesome so I bought the entire series on my kindle and devoured Paper Princess, book 1, within […]

My Thoughts **Note: Most of this will probably be spoilerific, so if you have not read this series yet, I suggest read it and then read my thoughts! You have been warned!** Okay, so if I could give this a million stars, I would. I absolutely freaking LOVED this book. This is hands down my […]

I don’t often read New Adult, but Megan Erickson’s writing sunk into my soul since the very first book in this series (first two books are amazing, be sure to read them!). And now she is one of my favorite authors, so I could not ignore this book. This is a story about two guys […]

Coolest book about supernaturals ever? Erm… it could go both ways. What I Liked: Jessa has spunk and no filter. She has no problems giving people her two cents. Dragon shifters are awesome, hands down. The concept – a supernatural community just to guard a prison for supernatural criminals? Oh, and those prisons are being […]

Click here for the rest of the tour! Title: Ready to Reach: Nashville part 1 Author: Inglath Cooper Series: Nashville #1 Genre: New Adult, Romance, Contemporary Pages: 130 Published By: Fence Free Entertainment Challenges: Blog Tour for Xpresso Book Tours Where To Get:   Ever thought a dream might pass you by? Nineteen-year old CeCe Mackenzie is determined to make her dreams […] 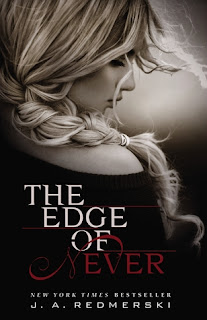 So, there have been some books that I have read in the past year or so that I just forgot to write a review for. There are also others that I either DNF’d or just don’t have enough to say for a full size review. So, for those books I will be putting them into […]

I threw myself into that fire, threw myself into it, into him, and let myself burn. Pity those who don’t feel anything at all. He brought his lips to my ear. “I would have been gentle with you, though.” I shuddered as I closed my eyes. Every inch of my body went taut as his […]